MILAN, ITALY – Scenes from the Milan Fashion Week of the fierceness seen by the two creative designers Domenico Dolce & Stefano Gabbana to celebrate the beauty of women with charisma, character and talent.

Dolce & Gabbana is an Italian luxury fashion brand that is distinguished by its stylistic originality combined with the superior sartorial content of its creations. The strong identity of the Dolce & Gabbana brand has evolved over the years while always remaining faithful to its inherent standards. An unmistakable style, the expression of unconventional luxury which, season after season, combines strong innovation with the powerful Mediterranean flavor of its origins. A brand whose essence lies in its contrasting features.

The Dolce&Gabbana Women Summer 2015 collection leaded by stellar Kendal Jenner in Milan, is inspired by the heritage of the Spanish culture on Sicily’s history.

The Sacred Heart is the main symbol of the collection and it is found embroidered or printed on most of the pieces.

The choice of the carnation was made not only because it is a flower that recalls the Spanish tradition, but also as an homage to Mr. Dolce’s mum, as it was her favorite flower.

Domenico Dolce and Stefano Gabbana have been milking their native Sicily for inspiration to their glorious fantasies.

Mr. Dolce and Mr. Gabbana’s challenge was to convey the Spanish influence in a non-conventional and literal way. They achieved this thru the use of very simple shapes matched with very rich details and embroideries. The result is a collection full of joy, love and sexiness.
#DGSS15 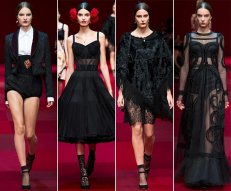 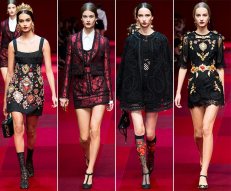 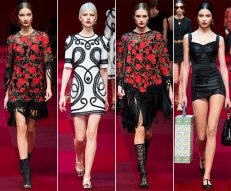 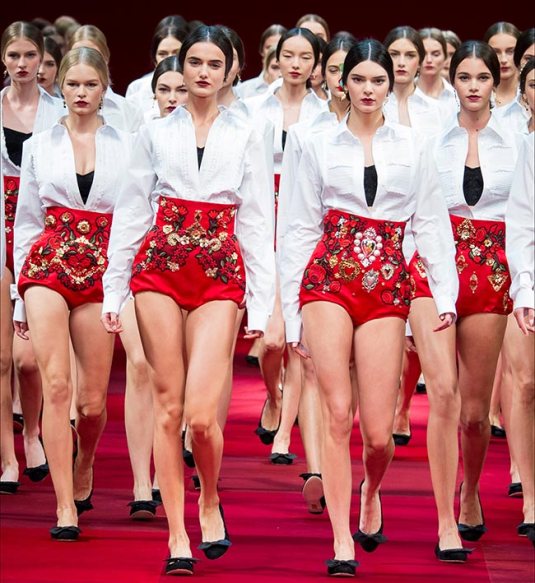 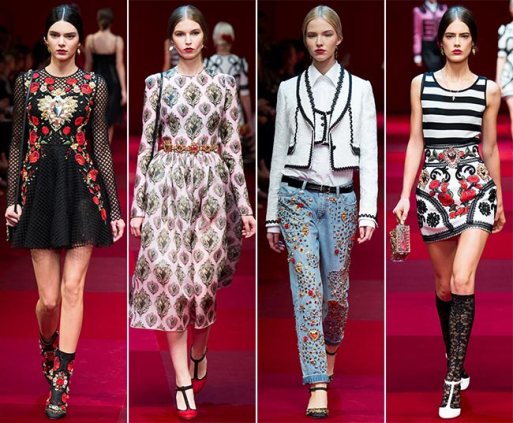 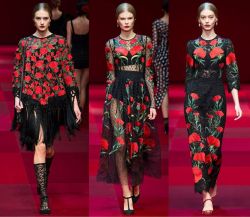 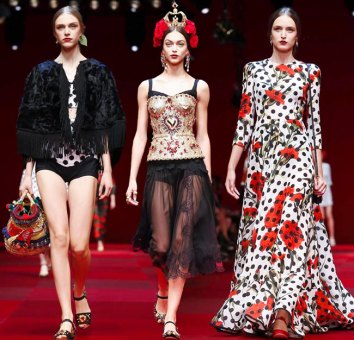